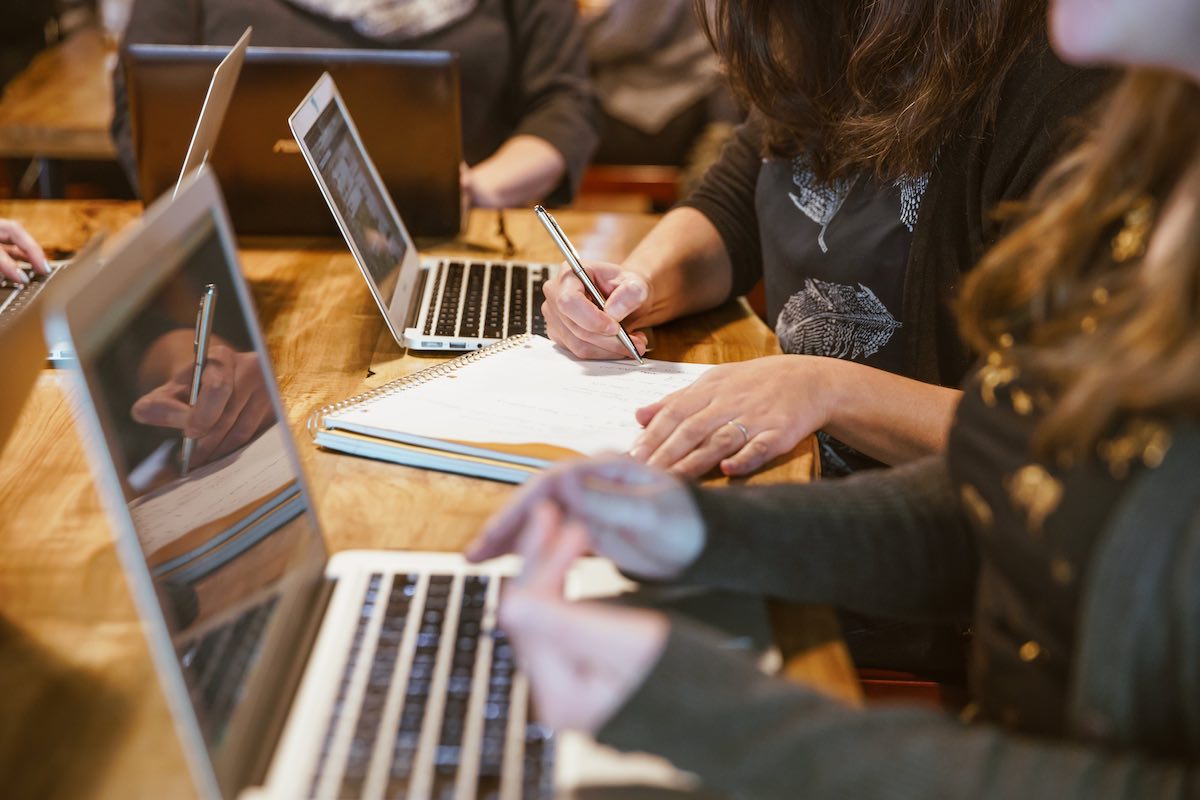 There have been quite a few other articles examining just how useful bootcamp instructors really are, and whether it’s worth the time and effort for aspiring software engineers to sign up for.

Let’s make sure we understand what coding bootcamps are.

What Is a Coding Bootcamp?

A coding bootcamp is essentially a crash course curriculum, compressed into several weeks or months, where an aspiring software programmer can learn the tradecraft of software design and programming.

It differs greatly from a traditional 4-year college or university degree in two major aspects.

1. It won’t take 4 full years and a whole lot of cheddar to pay for a traditional computer science degree

2. They typically help you land a job or offer a job offer guarantee or your money back

Before coding bootcamps became popular, the traditional method for many aspiring software engineers was to pursue a traditional 4-year college degree in computer science.

Two of those four years required basic university or college courses in courses that have nothing to do with the actual computer science requirements for graduation.

Mind you, there’s absolutely nothing wrong with these computer languages, they are still very much in use and relevant in today’s technology landscape.

Lastly, many coding bootcamps either offer career placement after successful attendance and completion of the bootcamp. Some even offer a money-back guarantee, if the bootcamp cannot find a job placement for you.

The popularity of these coding bootcamps is a testament to the fact that traditional 4-year computer science degrees don’t appeal to all aspiring software developers.

Yet, are these recent news stories of some well-known bootcamps an omen that perhaps coding bootcamps aren’t all they’re cracked up to be?

When I first heard about coding bootcamps, I was intrigued. I liked the fact they addressed some shortcomings I associated with traditional 4-year computer science degrees.

As I mentioned before, many computer science curriculums don’t seem to embrace the latest and greatest programming languages and technical stacks. I can say, without a doubt, this matters to many employers… they want job candidates to be able to hit the ground running with the specific programming language and primary technology their IT departments embrace.

The other shortcoming relates to job placement. Many traditional computer science degree curriculums don’t even bother covering anything remotely resembling how a graduating student goes about finding a qualified job opening and landing the position.

And I’m sure many fans of bootcamps agree with me. Deciding to go the traditional four-year computer science route is quite a significant investment of time, and especially, money.

Why Are Coding Bootcamps Failing?

So why are some of these coding bootcamps starting to go belly up?

It’s an important question to answer, if these coding bootcamps are to survive as a new and viable business field.

One Bloomberg article contends that some companies and employers find that coding bootcamp graduates still lack the core technical skills they require from their job candidates.

According to the article, some employers actually PREFER job candidates with the traditional 4-year computer science degree. Or that they require additional things like real-world experience.

But how does one get past that “chicken and egg” dilemma? After all, the only way to acquire real-world professional experience is by first landing that job, but how do you land that first job without real-world experience? More on that later.

So it seems apparent that not all coding bootcamps provide the training or requirements that some employers are looking for.

I’m going to make some educated guesses about some other potential shortcomings of computer bootcamps.

As previously mentioned, most bootcamp curriculum eschews traditional computer science topics like data structures and algorithms in favor of actual instructional courses in the latest and greatest programming languages and frameworks.

But this shouldn’t negate the importance of those core computer science topics.

I personally never went through the traditional computer science curriculum. I went a rather roundabout way of starting my professional software programming career through on the job experience.

In this day and age there’s no reason why you, the software developer, have to worry about sorting an array, or implementing some recursive binary search tree algorithm. Software development has been around for more than enough time — since the early days of computer programming — that all of these classic topics have already been implemented six ways from Tuesday.

But that doesn’t mean you shouldn’t learn HOW it works. I’m a firm believer in knowing as much as you can about the tools and technology you work with at a low level.

Going back to what coding bootcamps cover, they usually really only concentrate on the mechanics of learning a particular programming language or framework.

But software development isn’t just about the actual act of writing code into the computer.

In fact, it should be one of the LAST things a software developer needs to engage in.

I doubt coding bootcamps cover much of this topic, if at all.

You really can only acquire these skills with on the job experience.

Again, we run into the chicken and egg problem. How does one acquire these essential skills, if the whole point behind bootcamps is to find a job?

Tie coding bootcamps into a sort of “residency” program, much in the same way aspiring medical surgeons and doctors get assigned to a real working hospital, to gain real-world experience and skills.

I’m betting many employers would love the chance to get low cost or free bootcamp students working with their actual employees, so they might become potential future job candidates with specific skills they can impart to these aspiring job candidates.

In any case, I wouldn’t conclude that coding bootcamps are doomed to failure. I still believe they have lots of potential and viability, but they must be honest enough with themselves and constantly examine and address potential shortcomings.

I wonder if hiring real-life Marine Corps drill instructors might not hurt either? Perhaps being forced to do pushups when your code fails to compile, might help motivate bootcamp students to write better code?